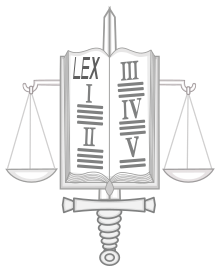 Law is a body of norms promulgated as public knowledge, accessible to all people. It should be understood and internalized, and used as a framework to make decisions. The goal of a legal system is to resolve disputes and protect people from abuse of power. These goals are achieved through the independence of the judiciary, the accountability of government officials, and the integrity of legal processes.

Rule of law is a system where people in positions of authority exercise their powers according to legal norms and standards. This system ensures that no one is above the law and that those in power are held accountable through law if they fail to uphold them.

Conceptual jurisprudence in the law is a theoretical approach to the study of law. It involves making value judgments about the nature of law and using norms that are not related to argument or good reasoning to make those judgments. It also involves picking out theoretically important features of the law. For example, it is important to understand whether robes are a crucial part of law.

One theory of law is called social fact theory. Its proponents argue that social facts are things that people are aware of. Theorists like Durkheim assert that these facts are derived from social relationships, human association, and the historical developments over long periods of time. These social facts, in turn, are learned through socialization. Unlike political ideologies, social facts are not the product of individual will.

Conventionality theory in law seeks to explain the validity of legal claims in terms of socially authoritative criteria. Hart argues that these criteria are contained in the rule of recognition, which sets forth rules for creating, changing, and adjudicating law. The rule of recognition is authoritative because officials view it as the standard for behavior in a given area.

The doctrine of separability has been a major topic in legal philosophy for the past two decades. The separability thesis posits that law and morality are separate, yet related in their function and purpose. It has been used to explain cases where the validity of a main agreement is challenged.

Legal pragmatism is a philosophy that questions the use of legal principles and concepts. As a result, it is different from legal formalism, which holds that legal texts possess determinate meanings. Legal pragmatists emphasize the open-ended, messy, and individualized nature of reality. The use of such an approach allows for greater flexibility in interpreting legal rules.